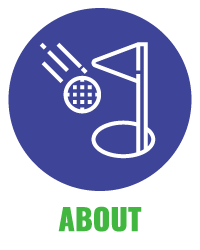 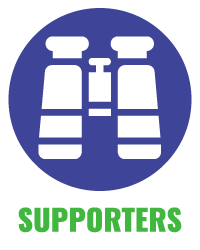 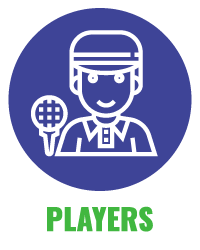 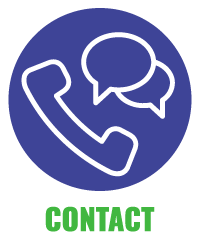 Blind golf is a team game comprising of a visually impaired player a sighted guide or caddy. With the golfer being visually impaired, they are totally reliant on their guide, making a good relationship vital to success. Blind golf is played strictly in accordance to the rules of golf set out by the Royal & Ancient Golf Club of St Andrews with two exceptions: firstly a blind golfer can ground the club in any hazard and secondly the guide may stand down the direct line of their golfer.

In Britain there have been individual visually impaired people playing golf in isolation. There were also a small group based around St. Dunstan’s, who received professional tuition. England & Wales Blind Golf was formed in 1989 after gradually developing throughout the early 1980’s under the name of the English Association of Visually Handicapped Golfers (London & South East Region). The main purpose of the organisation is to provide visually impaired individuals the opportunity to train and compete in the game of golf.

Both of these categories involve a low level of usable partial vision, those in the B3 category will be able to see more than those graded as B2. B3 is the highest category used for international & Paralympic sport.

As only B1, B2 and B3 classifications are recognised internationally and for major domestic competitions. Only these categories can compete in competitions run by England & Wales Blind Golf,

The guide plays a vital role giving the blind golfer as much information as required, describing the terrain, giving the direction and distance as accurately as possible and then lining up the player for the desired shot.

It is very important to have a good player/guide relationship, each performing a vital role and each suffering disappointment over poor shots and great pleasure over good shots.

Blind Golf, as for all levels of golf, is governed by the rules laid down by the Royal & Ancient Golf Club of St Andrews.  The R&A has produced a Modification of the Rules of Golf for Golfers with Disabilities which allows blind golfers to ground their club in a hazard without penalty.  The modification also permits the guide to stand on the line of shot behind the ball while the shot is played.

A video guide to how the game is played